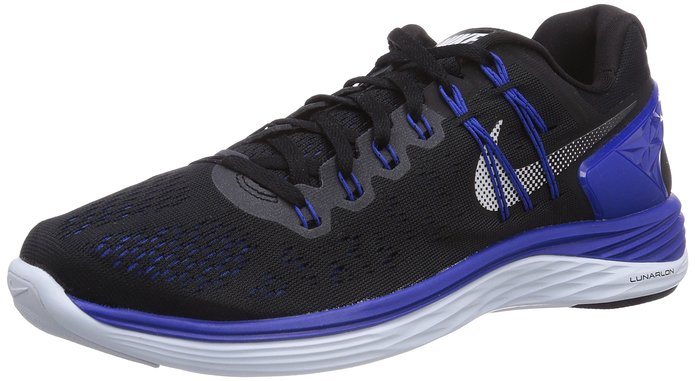 The Nike Lunar Eclipse 5 is a great addition to the series. While it does have shortcomings, its improvements may be enough to win favors with some runners. If you want a well-stabilized shoe at a reasonable price, then you should look no further than the Lunar Eclipse 5. Overall Rating: 8.2/10

The Nike Lunar Eclipse 5 is the fifth addition to the Nike Lunar series and is specially designed and crafted to provide an ergonomic boost in one’s running. Nike is known for producing shoes that have high standards in build quality, so how does the Lunar Eclipse 5 weigh in with the rest?

The Nike Lunar Eclipse 5 is a pair of running shoes, so it is designed with the most lightweight materials possible. Its upper body is mainly composed of spacer mesh—a common material for shoes to allow sufficient ventilation during workouts. The panels throughout the shoe are crafted with heel clips that are made of molded plastic, and the lacing system is based on the Flywire cord concept. The midsole, on the other hand, is crafted in a wedge setup. The external side of the midsole is created using Lunarlon foam while the inner side is created with firmer foam. The outsole has carbon rubber on both the heel and the forefoot.

The Lunar Eclipse 5 comes in various color variants, some of which are pink, neon green, and gray. A half-pair weighs around 348 grams (or 12.27 ounces for the United Kingdom) for the size 11 variant.

WHAT’S GOOD ABOUT IT?

The design changes in the Nike Lunar Eclipse 5 contribute greatly to the increase of comfortability. The cinching in the mid-foot is drastically improved from before. Though the lacing area still carries over from the previous version, the way the Flywire cords are configured is changed.  Previously, the strings and the eyelet holes were isolated parts that were stuck in conjunction through the concept of stretching the cords upwards, generating a loop that positioned itself beyond the holes. This time, the eyelet segment directly incorporates the Flywire cords into the main body. This way, the pressure that squeezes the feet down is reduced, thus making lacing more effective.

Thanks to the Fitsole 4 insole and the extended heel clip, the Nike Lunar Eclipse 5 is the embodiment of durability. The upper body doesn’t budge during collisions with surfaces and objects, and the outsole remains fixed in place regardless of unwanted contact.

As it seems, the Lunar Eclipse 5’s foot landings come with noticeably less paddings. Because of this, it is thinner and flatter than previous entries in the Lunar series. This severely reduces the splaying response during walking or running. Instead, walking and running now feel abrupt, which can be a degrading factor for some.

Because of the missing chunks in the underfoot rubber, as stated above, maneuvering now feels abrupt and flat. Since this is the case, the transition of moving also feels chunkier. Though this may help in sprinting, it is detrimental to ensuring overall comfort and ease of use.